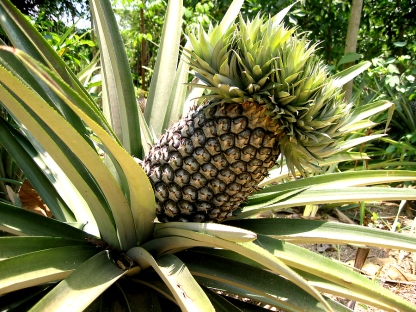 By the 1990’s, my family had been to Hawaii several times, but only to the Big Island, Oahu, Kauai, and Maui because, back then, Lanai was a self-contained pineapple plantation with only a very small hotel, originally James Dole’s hunting lodge. Waiting at the vet’s office one autumn Saturday morning, Jamie came across an article about two hotels under construction on Lanai, one on the beach and one in the highlands. Coughing to cover his action, he tore out the article and stuffed it in his pocket just as the vet tech called his name.

An hour later, he was opening our front door.  “Wanna go to Hawaii?” he asked as he released Tuxedo from her carrying case.

I looked up from my book. “Sure, when? You mean over Christmas?”

“Okay, I’ll put in the paperwork for my vacation days on Monday; where do you want to go? Back to the Royal?” Jamie and I had spent our three-week honeymoon at the Royal Hawaiian on Waikiki Beach and I had extremely fond memories of it.

Jamie plopped next to me on the sofa. “No, not Oahu: I want to go here,” he handed me the article.

I looked at the photo and perused the story. “Wow, this is beautiful. I’ve never seen a hotel in the Hawaiian highlands before. Look, it says that it can fall into the fifties at night. That’s a switch. We had better pack a few sweaters.”

Jamie reached for the phone and made the reservations and, a few weeks later, in late December, after a fifteen-hour journey by jet and puddle-jumper, we arrived at dusk at the Quonset hut in the middle of a field of red dirt that was the Lanai airport.

Pineapple fields surrounded us. We could see the spiky, silvery, swords of the plants growing at the edges of the two runways as we waited underneath the marquee of an aluminum lean-to for our baggage . The air was redolent with the scent of pineapple.

We loaded our luggage into the white Jimmy owned by the hotel and, as it nosed its way along the dusty, red, field road, Tommy, the driver said, “I will try to get the air up for you, but if you want fresh air in the meantime, please don’t open the windows until we reach the paved road. The dust is merciless.”

The truck was stuffy but despite the rapidly-chilling evening, I was really enjoying the pineapple aroma so I told Tommy not to bother with the air-conditioning and I opened the window the instant that the front tires touched the blacktop. I stuck my head out and gazed upward. The sky was darkening and a zillion stars had begun to sparkle. I pulled my head back in and poked Jamie. “Look how many stars there are, away from all of the light pollution.”

Jamie stuck his face out the window and sniffed. “It smells like pineapple roasting,” he said.

“Oh, that. They are burning the fields on the south side of the island,” Tommy said over his shoulder.

“Pineapple plants only last for five years. After that the fruit is no longer worth eating. The first year it is the smallest and the sweetest, and each year after the fruit is a little bigger but a little less sweet. After five years, you can really taste the difference so they burn everything. The fire kills off any microorganisms that could be in the soil and hurt the plants and the ash makes really good fertilizer, too.”

“Oh, I know.  Like in Australia with the sugar cane,” I mumbled to Jamie sotto voce. I returned my face to the front. “How do you know all this, Tommy?” I asked.

“Oh, until they built the hotel I worked in the fields,” he replied, stopping at a T intersection and clicking on his left turn signal. “Many people here work in the fields. Despite mechanization of some parts of the farm, pineapples are still picked by hand because no machine can tell when one is ripe.”

I pointed out my window. “Are these all pineapple fields?”

“Yes, ma’am, they are. Would you like to see them up close?”

Tommy pulled over to the side of the asphalt road and exited his seat. He opened my door and, after I hopped out, pointed into the distance. “See the smoke? That is the field they are burning tonight. It’ll take two days to cool, then the ash will be mixed into the soil to prepare for planting of new crowns.”

Jamie padded up behind me and rested his arm across my shoulder. “Crowns?” he asked.

“The spiky top.  You start a new pineapple with the top of an old pineapple, a big one. You root it and plant it,” Tommy answered.

I stepped down cautiously into the roadside ditch and crossed to the barbed wire containing the field, where I leaned on a skinny wooden fencepost, carefully, so I didn’t snag the sweater tossed around my shoulders. I could hear Jamie shuffle after me in the soft dirt. He met me at the fencepost. We both inhaled deeply. The air was fragrant with the sweet aroma of roasting pineapples. It was beginning to make me hungry.

“Look!” Jamie touched my shoulder gently then pointed deep into the field. An owl with outstretched wings was gliding close to the plants. His head jerked suddenly, then he reversed and soared upward into the grey and purple sky.

“That’s a Pueo,” Tommy said from behind. “It’s a Hawaiian owl. The fields are full of mice so there is good eating for him here.”

The owl circled and landed atop a fencepost a couple down from where we stood. It appeared to be watching us, no doubt because we were impeding its stealthy, dinnertime hunting.

The wind was picking up. Jamie rested his head on top of mine. No one said a word. No vehicle drove past. Nothing intruded at all. I don’t know how long we stood there, watching the owl, inhaling the sugary bouquet, and listening to the rustling as the pineapple swords danced in the breeze. It was as though we had been transported to another world, an imaginary world in which only the three of us existed.

Finally, Tommy cleared his throat. “Uh, I have to get you to the hotel soon or they will start calling me on the radio.”

The spell was broken. Jamie and I climbed back into the truck; within ten minutes we pulled into the circular driveway of the brightly lit lodge.  The wind ruffled our hair as we climbed up the wide, wooden, veranda stairs and again, as we turned, in unison, for one last look toward the aromatic pineapple fields.