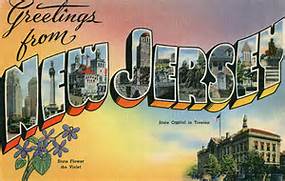 A few years ago my employer thought it would be beneficial if the staff went on a camping trip together, to bond as a team. I saw no need for this. Having grown up in New York City and attended day camp in Central Park as a child I knew that camping was horrible – all that unbridled nature gave me the willies – and that the team could bond just as well in a room, preferably one serving food and drinks. After all, Jamie and I went to the Top of the Sixes on our first date and we bonded so well that we got married, so certainly an evening in a party room of a nice hotel would be a better choice; but no, a camping trip it was to be.

When I told Jamie he burst into laughter. “Camping where?”

“What do you mean, ‘camping where’? Outside. In the woods. You know, nature, like upstate all around my grandparents’ house.”

“In the woods?” he hooted. “You don’t go near woods. You barely walk up to the fruit trees in our back yard. When we attended Terry’s wedding on the Vineyard, all you kept saying was, ‘Ugh, I bet there are ticks here.’ Remember?”

“Well, there probably were ticks everywhere. Terry’s family hadn’t even mowed the lawn in a decade.”

He changed the subject slightly. “What are you going to sleep in?”

“Pajamas. What did you think?”

Jamie made that expression that my mother often makes at me, as if I hear a different tune than the one the band is playing. “No, I meant, a cabin? A tent? Just a sleeping bag near a fire?”

I paled, horrified. “I had presumed a cabin, but now I’m not sure. You mean there might be no buildings at all?” Visions of rainy afternoons at day camp popped into my mind.

“You had better ask. I will buy you a sleeping bag on the way home from work tomorrow.”

I asked my boss the next day and it turned out that there were cabins with bunk beds with mattresses and hot showers. I breathed a little easier. Maybe this would just be like a rustic Holiday Inn, or like those little places that used to be all over Montauk before the gentrification began.

Jamie came home with a blue, mummy sleeping bag, meaning that it was shaped like a mummy’s casket so it stayed close to the body and was, therefore, warmer than a regular rectangular-shaped one.

I packed pajamas, a t-shirt, a sweatshirt, socks, underwear, my laptop, and a book in my largest Goyard tote bag and tied the sleeping bag’s strings to the handles. I figured that I would wear the same jeans and sneakers both days. Easy peasy. This might actually not be so bad, as long as it didn’t rain.

The next afternoon, when I met my colleagues at the bus hired to drive us to the campgrounds, about an hour and a half outside of New York City, I noticed that I was carrying very little compared to them. After we arrived I discovered why. Choosing bunks in the cabin, I saw that all of the other women had brought covers for the mattresses, pillows, and towels. Since I had never before gone anywhere where linens were not provided, those things had never occurred to me. My insides began to quiver slightly.

They had also brought coolers of food. “Wait, don’t they feed us here?” I asked beginning to get really nervous – sweaty-palmed nervous – now.

Betty, one of my co-workers nodded. “Yes, but camp food is always bulky – you know, reheated, fatty and carby, like prison food. I prefer to bring my own.”

At that, visions of institutional mac and cheese and baloney on white bread sandwiches began to pirouette through my head. “You mean, they don’t cook fresh food?” I gasped.

“No,” she replied in a strange tone as if laying eyes on me for the first time.

“Well, maybe I will call out for pizza,” I said, only barely joking.

Patty, another co-worker, laughed. “There is no cell service here!” she exclaimed as if stating the obvious.

My heart began banging. Hell, if I’d known all that, I’d have brought my mom’s leftover lasagna and the box of Jaques Torres chocolates from my bedside table. And no cell service? Why had no one thought to tell me? Where the heck were we, anyway? Through ears filled with a noise like pounding surf, I thought I heard someone mutter something about there always being plenty of peanut butter in the dining hall.

Betty had noticed the panic in my eyes. “Laura, have you ever been camping before?” she asked.

I stared at her, defeated. “Does one week of day camp in Central Park count?” I asked dismally.

She caught her breath. “Why did you agree to come?” she asked.

“I was unaware that I had a choice.”

She thought about that. “That’s probably true,” she agreed. “But all of us love camping. We do it with our families. I suspect that you aren’t going to have much fun here this weekend.”

That was an understatement. The bunks were wobbly, the plastic-covered mattresses were thin, the hot showers were lukewarm, and I had to dry myself with my sweatshirt – which then stayed damp because it drizzled most of the weekend. I ate sticky peanut butter on gummy white bread for every meal. It was hard to even participate in the bonding exercises when I felt soggy and bloated. The only good part was crawling into my mummy sleeping bag at night.  On Sunday morning I was the first one on the bus to return to New York. When I finally got a cell signal on the New Jersey Turnpike I burst into tears when Jamie answered his phone.

“Turnpike,” I snuffled, wiping my nose on my sweatshirt sleeve.

“Where was your retreat?”

“Hell, New York; Hell, New Jersey; or Hell, Pennsylvania? I hear there is one in every state.”

“I will be there.” He clicked off.

I never went on another staff camping trip; rather than be faced with the possibility of another one, I transferred out of that department.   My mummy sleeping bag snoozes in its carrier bag and I have never again used a sweatshirt for a bath towel. My life remains all the richer for it.

One thought on “Greetings from Hell, New Jersey”