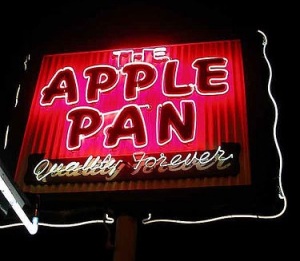 Jamie’s job at the studio came with quite a few social, business, and political obligations. While they were always glamorous, they were usually not a lot of fun. Well, not a lot of fun for me. Jamie networked and schmoozed the room all night while I perched somewhere and watched the Beautiful People in their native habitat. People seldom spoke to me; I wasn’t in The Business, which made me all but invisible.

One night we went to Paramount Studios on Melrose Avenue in Hollywood for a fundraiser for a prominent Democratic presidential candidate. Dressed to kill in tux and cocktail dress, we left the walkstreet before it was even dark; these events always had astounding levels of security.

When we reached the lot, it appeared that half of Los Angeles County was attending this fifteen hundred dollar per plate dinner. Parking was a nightmare with everyone crowding their Mercedes, Bentleys, and Jags into the narrow Hollywood side streets lined with tiny bungalows and curious locals sitting on their front stoops eying us.

I was wearing five-inch stilettos and it was four blocks to the studio’s famous stucco gates. “Damn, they couldn’t provide a drive on pass for this,” I grumbled.

“Not at our donor level,” Jamie answered as he slowed his steps to match mine. “Besides, look at how many people are here. They’d all want one.”

“Are we all going to be in the same place?” I asked. “How big a stage are they using for this, anyway?”

Jamie shrugged. “I don’t know which stage we’re in; they’ll tell us inside at the reservation table, but all of these people aren’t going to be with us. You could get in the general lot party for two-fifty but no dinner, just entertainment, and maybe a movie star or two.”

“What’s the difference?” I answered. “Nobody ever eats at these things, anyway. Except me, I mean. I always wonder what happens to all of the uneaten food. What a waste.”

We’d finally come within sight of the studio; the Bronson Gates and the burbling fountain were right in front of us; behind it stood Security, the event entrance complete with beautiful young women as greeters, the gate itself, and finally, more Security.

We waited in line for a few minutes and, upon checking in, received tiny black and white clapper-shaped paper tickets with the Paramount logo and our names on them. I watched as other people received their tickets. They were all different shapes denoting which level party the holder was permitted to enter. That made it easy for Security to shepherd the visitors to the correct part of the lot for whatever level of entertainment their donation entitled them to attend.

Our dinner was in a stage on the other side of the lot, so we began the trek. On the way, Jamie saw lots of people he knew so the journey took a very long time, what with all that stopping and chatting. As I waited for him and wished for a studio golf cart to appear, I watched the lower-priced ticket holders turn toward the sets where their events were in full, raucous swing. There were snack booths with hot dogs and popcorn and kiosks selling bottles of water and soda and Paramount souvenirs. Gary Busey’s band was playing on the New York street.

When we finally reached the cavernous building where our dinner was, Jamie left me at the door. “There’s Hawk. I have to talk to him.” A peck on the cheek and he disappeared, sucked into the crowd like a genie returning to his bottle.

The soundstage was freezing so I pulled my pashmina across my shoulders and surveyed the room, watching the Great and Good of LA’s business, political, entertainment, and social worlds air-kiss and pretend to pay attention to one another while looking over each other’s shoulders in case someone more interesting or useful entered their orbit. I wandered about a bit, got a Perrier from an obsequious bartender, and pondered my seeming invisibility.

Finally, tired of my thin, Italian spike heels clacking on the cold concrete floor, I scouted what seemed to be a suitable table and sat down. Even though there was no seating chart, I knew Jamie would find me. He always had the scores of times we had done this.  I plopped my Timmy Woods Eiffel Tower evening bag on the table and waited.

A bustling woman in a sparkly lavender evening suit approached. Ignoring me, she began to spread purses, shawls, and documents at every seat around the table. When she got to me, she stopped and stared. Her expression fixed itself into a placating professional smile. I raised an eyebrow.

“Are you planning on sitting here?” she asked disingenuously.

“Yes.” I had rather thought my intentions were obvious.

“It’s for the agency personnel working on the campaign. We all need to sit together.” Ah. A PR flack.

I looked at her then slowly cast my eyes around the room at other tables she might choose. I returned my gaze to her face and smiled.

Realizing that I didn’t intend to move, she tried a different approach. “Wouldn’t you like to sit with your colleagues?”

“With the other members of your agency.”

She was wearying of me and my seeming obtuseness, of not getting her way, and of her plans falling apart. Her smile froze and her voice tightened. “Yes, dear, your ad agency. Which agency are you with, by the way?”

“I’m not in advertising.”

“Really? What do you do?”  The standard LA question by which someone determines just how nice to be to a stranger, in this case, an inconvenient one.

My eyes widened and I stared at her. She blushed furiously. Apparently she realized just how obnoxious that sounded but it was too late to stop the word flow. Now she began babbling in an attempt to mitigate the damage.

I lifted my Tower bag from the table with my right hand and waved the left at her as I stood. “You know what? Forget it. Take your table even though it isn’t actually your table.”

I turned and pushed my way through the crowd until I found Jamie. He was standing with some people I knew so I joined them. It turned out that we were supposed to sit with them, anyway. He pointed out the table and I sat down again. I was really annoyed at how rude that idiotic woman had been. “So what if I don’t work for an agency?” I fumed inwardly. “At least I don’t wear purple polyester to an event attended by the President of the United States.”

Jamie finally sat down. He chugged some Diet Coke and the speeches started. A salad arrived. I picked at it. A waiter asked whether I’d like a mini-baguette. I shook my head. Jamie frowned; my appetite is legendary. As I had said, I really am the only person who eats at these things.

Jamie leaned over and whispered “What’s wrong?” in my ear.

“Oh, nothing. Just something some PR bitch said to me.”

I shook my head. “I don’t know. Some porky woman in an ugly, polyester, Ross Dress for Less dress and a bad dye job.”

“Why do you care what some hack says?” he asked and kissed my cheek.

I shrugged slightly. “I don’t know. I don’t care.  It’s just . . .” My voice trailed off. The politician droned on. This night was really turning out poorly. I expected people to ignore me but no one had ever before been deliberately cruel to me.

“Where are we going?” I grabbed my evening bag and trotted after him.

“You’ll see,” he answered as we crossed the threshold of the soundstage.

We wandered back through the lot, past the revelers, the loiterers, the Hollywood hangers-on, the night shoot crews, and Gary Busey’s band. We walked back under the famous arched gates and re-crossed Melrose then retraced our steps through the tiny postwar bungalows on North Windsor Street. When we reached the car, I leaned against the door and pulled off my shoes; my feet had had enough, too.

“It’s so late we ought to be able to get a decent parking spot,” I said, looking slyly at Jamie’s profile.

“You figured it out?”

I was right. In front of us the neon Apple Pan sign glowed. It was a great choice – it served the best burgers in LA.

It wasn’t until after we’d ordered our steakburgers with Tillamook cheddar and I’d covered my Chanel dress with one-ply paper napkins that Jamie noticed I had left my shoes in the car. So what? The place was almost empty. No one had noticed and even if they had, no one was about to question my right to be here.

The PR flack had been right: I was a lucky English teacher, but not for the reason she thought.