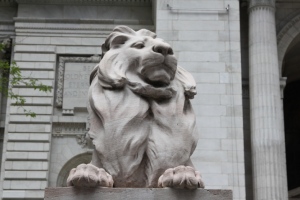 I am a second-generation story-hoarder. From as early as I can recall, my mother, a voracious reader, read stories to me.  We sat squashed together on the sofa or a park bench, transfixed by the tale, me following the print across invisible lines on the pages with my finger and squinting to see the relationship between the words and the pictures, as she read aloud in her smooth voice.  Once I asked her if she made up these stories and wrote them on the paper for me.  She laughed and said no, a special kind of artist did; they were called writers and the stories they created enriched everyone’s lives. I was impressed. Those people called writers caught magic with their imaginations the way my cousins and I caught lightning bugs in old jam jars.

When I was three, she took me on the subway from the Bronx to the main branch of the New York Public Library at 42nd Street, to get my first library card so I could join her in the pleasure of checking out books.  I remember climbing the great stone staircase of the Beaux Arts structure slowly, my short legs requiring two hopping steps to equal each one of her long-legged strides.  Of course, the fact that I peered over my shoulder continually, trying to look at the two enormous stone lions, placed like sentinels where the sidewalk met the stairs, and wondering what they guarded didn’t help my awkward ascent. The sheer majesty of the structure made me conclude that this building held valuable things and must therefore be a bank.

When we finally arrived in the cool marble lobby, I gasped as I saw what the unblinking lions were protecting.  The entire building was filled not with money but with books; I could see them from where I stood under the big chandelier.  I knew then why my mother loved this place; this was where those special artists wrote their ideas for the rest of us to hold in our hands and read.  Wandering through the aisles of the children’s section, running my sweaty finger along the plastic-wrapped spines of the Dr. Suesses and Beverly Clearys, it occurred to me why the lions out front were so busy they never closed their eyes; the stories inside of these books were beyond valuable, they were priceless. I knew because my mother had said so.

I caught my mother’s abiding passion for stories like DiMaggio caught pop flies – effortlessly. She encouraged me totally.  In elementary school, when I wanted to own every book in the monthly Arrow Book Club newsletter, my mother wrote the checks. Later, when I decided to try to scratch out my own magic by writing stories and poems, she purchased endless numbers of spiral-bound notebooks for me and convinced my grandfather to build floor to ceiling shelves in my room to hold my expanding library. When, at age eight, I succeeded in publishing my first poem in Highlights for Children, she crept into every pediatric office in the Fordham Road Medical Arts Building and swiped every waiting room copy.  And when I published my first story in a real hardback anthology, so certain was she that I would be a successful writer that she bought dozens of copies of it on Amazon.com and had me autograph them so she could give them to nearly everyone she knew.

I have begun to be what I wanted to be.  My stories have been included in national and international publications, although it isn’t yet time to quit the day job. And it is all because I was lucky enough to have you as my mother. So thanks, Mom.  I love you.